Sarah Cunliffe is the creative director of Big Wave Productions. She talks about the making of the #HelpOurKelp film.

It was a beautiful sunny day in July when I first met Sean Ashworth from Sussex IFCA, the Inshore Fisheries & Conservation Authority. We’d arranged to meet for a coffee to talk about the rise in illegal shellfish pickers in the Chichester Harbour, and what could be done to try and stop it. As we sipped our coffee, we started to talk about some of the projects we were both involved with. I  talked about Big Wave’s long connection to Cape Cod on the east coast of America and returning to film the rebound of white sharks there. Sean told me about his mission to let the Sussex kelp forests regrow.

As I listened, I almost couldn’t believe what I was hearing. Back in the 80’s I did a final year project on the marine life living on and around the Mulberry Harbours off Selsey. I remember vibrant underwater forests as far as the eye could see. I knew what was there. To be told these forests had all but gone in just 30 years,  and not just off Selsey, but all along most of the Sussex coast was shocking.  If the same loss had happened on land there would have been an uproar.  I remember saying “Sean, I need to help you.  We are going to make you a film so people can understand why kelp forests are SO important”. That was it really.

I then set to try and make the film happen.  Big Wave donated their time, but early on two amazing individuals,  with a strong Sussex connection, offered their immediate support for the project, no questions asked. Marine films are notoriously difficult to make and their belief in me and the project was key. Next, I called up two of the world’s top cameramen. Mark Sharman is an amazingly talented ‘Blue Planet’ underwater cameraman who lives in Selsey. Topside and drone cameraman, James Blake comes from Emsworth. Literally two weeks later, in-between storms, the film was starting to become reality with the help of Steve Frampton from Mulberry Divers. But there was a problem, there was so little kelp left, we were struggling to capture footage to show why the forests are so special. One of the most emotive shots in the film is an underwater desert with one, lone kelp just clinging to the bottom.

An amazing number of people supported us and gave their time to help make this short film happen. So many positive things have happened, it makes me feel very humble to write this, and also very proud to be part of the amazing team now behind the #HelpOurKelp initiative.

When I told the Big Wave team I was going to try and get Sir David to narrate, no one believed me. Long story short,   I missed a call on my mobile.  I  rang straight back to hear a very familiar voice on the end of the line.  “David Attenborough here; your film, I would like to narrate it. When would you like me to do it?” Amazing things happen sometimes, and this is one of those projects.

The rest is history. Three months later, incredible people power in the form of the Blue Marine Foundation, MCSUK and the Sussex Wildlife Trust are supporting Sussex IFCA in a snow-balling campaign that will hopefully make people realise why kelp is so important, and why letting it grow back is vital for the health of our oceans, and the future of us all.

We are just at the start of the journey to #HelpOurKelp.

Show your support by visiting the Sussex Wildlife Trust website https://sussexwildlifetrust.org.uk/helpourkelp  The Sussex-IFCA consultation period, proposing a new by-law be approved to ban inshore  trawling to 4km from Brighton to Selsey ends on the 10th October.  Please sign the form and help us make a real difference. 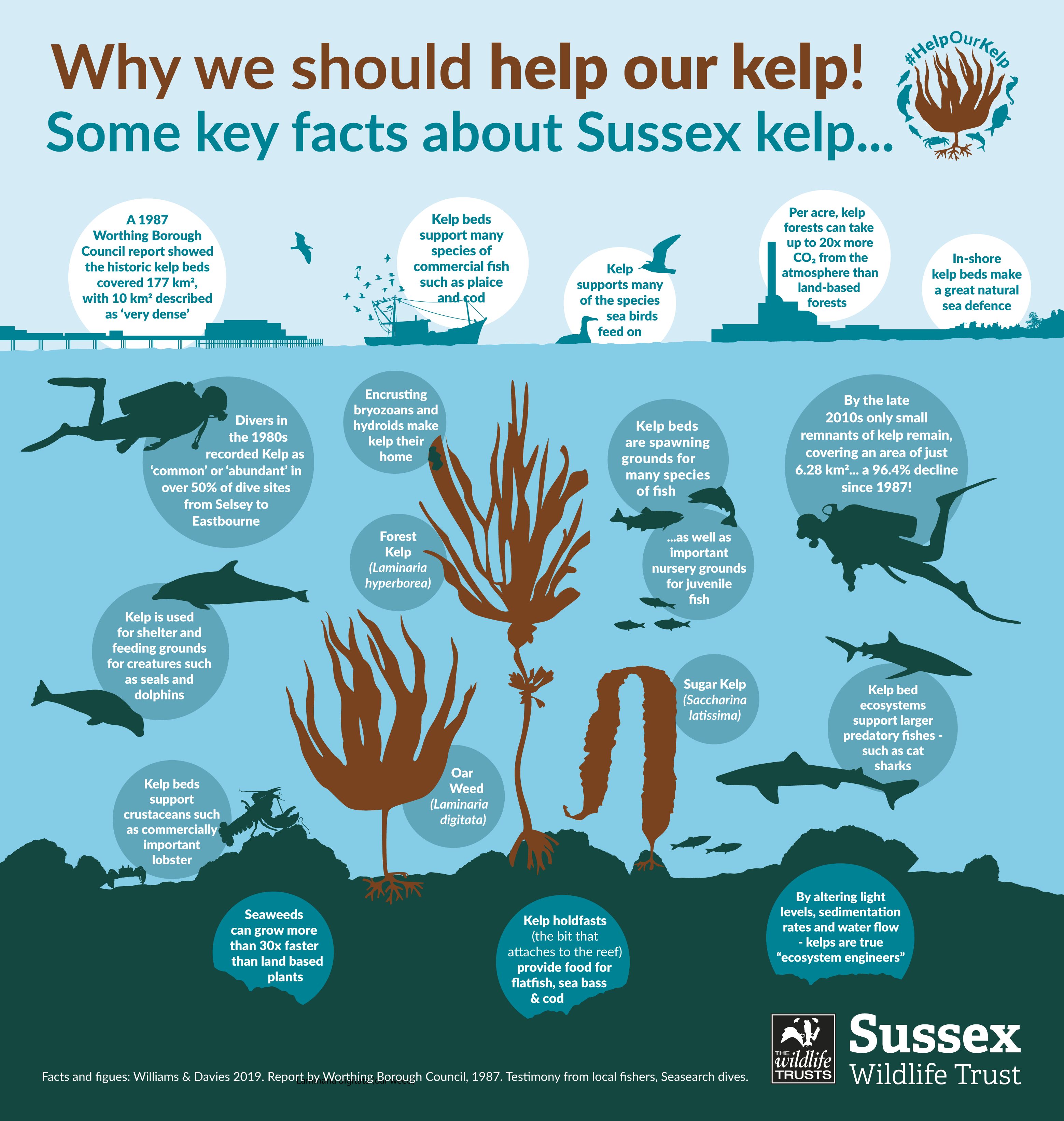